Scripture Testimony to the Deity of Christ 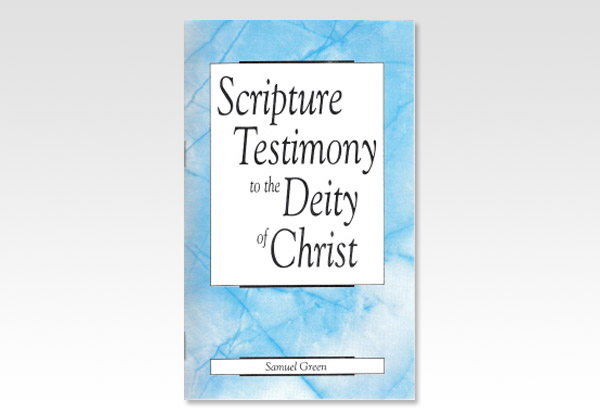 In these days of increasing apostasy as to the Person of Christ, it is indeed refreshing to read the solid testimony of one who contended for the faith almost two centuries ago.

Early in the nineteenth century, Unitarianism appeared and became very articulate in the religious writings of New England leaders. God raised up an able champion against them in the person of Samuel Green (1792  1834), who wrote a most able defense of the truth of the deity of Christ.

It was in the form of a pamphlet, printed and circulated (1848) by the American Tract Society of New York City, under the title, More Than One Hundred Scriptural and Incontrovertible Arguments for Believing in the Supreme Divinity of Our Lord and Savior Jesus Christ

Scripture Testimony to the Deity of Christ