Outline of A.E. Booth's Chart of Ages, An 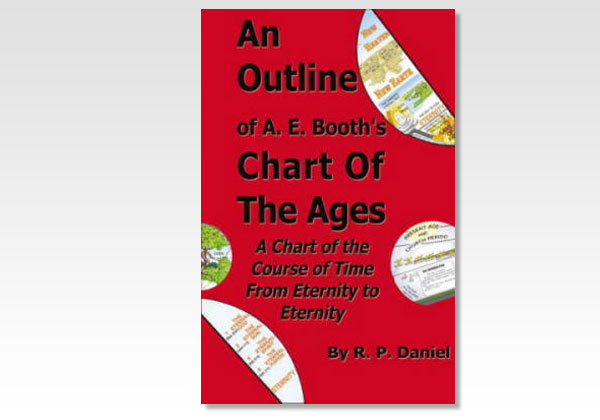 An Outline of A Chart of the Ages

A. E. Booth's Chart of the Ages has helped many thousands get a clear picture in their minds of the major events in biblical history-those of the past and those that are still future. While various scholars who believe in dispensationalism (as did A.E. Booth) may disagree with some details such as the number of dispensations or the timing of the first couple chapters of Genesis, the general view of this chart is not in dispute. This pamphlet, recently updated, is the best available to explain in some detail the events pictured on the chart.

Albert Edward Booth (1860-1953), born in Canada, was saved as a teenager and served the Lord full time from age 21, traveling extensively in Canada and the United States, with three trips overseas. He was married several times, but had no children, so he was free to devote his full effort to preaching. The publication date of this chart is unknown, but thought to be in the early 1900s. He was living in Pasadena, California, when he passed to be with his Lord.

Roger P. Daniel is a married, retired safety engineer with two grown children and five grandchildren. He lives in Michigan and continues to teach in the local assembly where he has been actively ministering the Word, especially to young people, for about 50 years.

Outline of A.E. Booth's Chart of Ages, An