No King but Cesar 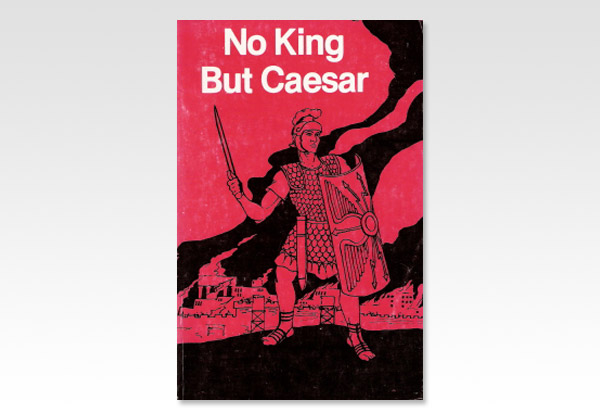 T.L. Mather is well known as a writer on evangelical subjects in India, where he has furthered the work of the gospel through his Berean foundation. He is the author of twelve gospel tracts, some of which have had a world wide circulation in many foreign languages and dialects. Of these "The Man Who Died For Me", "My Commanding Officer", "The Last Post", "You Need A New Heart" and "Do You Love God?" have been particularly blessed in the evangelizing of Indian villages. He has been a frequent contributor to "The Anglo-Tamil Evangelist" and other periodicals, and his booklets and charts on scripture subjects have been translated and published widely. These were written to establish new converts in India in the Christian faith and to encourage older Christians also.

About Twenty years ago he began to write the first of five books on the scriptures. Three of these have been translated and published in the Tamil language - the other two are nearing completion. It was due to the encouragement of people who had read Xerox copies of the manuscripts that a decision was taken to publish English language editions of these works from time to time. "Father Give Me" was the first of these to be released to the North American reading public - "No King But Caesar" is the second.

No King but Cesar