Prophetic History of Christendom, a 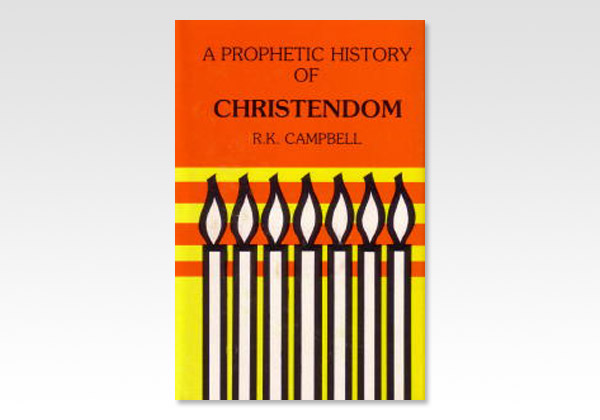 These meditations on the "Prophetic History of Christendom" were first written in serial form for the monthly periodical "grace and truth" where the entire series appeared during 1956-1959. They were re-published in the same periodical during 1969-1971. Appearing thus in monthly issues, a certain amount of repetition was necessary to maintain continuity and understanding for the readers. We trust that this repetition will not be cumbersome in this book form, but helpful in emphasis of the truth of God.

Revelation 1:1 shows us that the whole book of Revelation deals with things which must shortly come to pass; that is, it is of a prophetic character regarding future things. The subject of the messages to the seven churches of Asia, is prophetical in character as well as historical. We have not only an historical account of conditions that existed in these seven churches at the time when the apostle John was given this vision and these messages, but a prophetical picture of the history of the professing Church, or Christendom, from the apostolic times down to the end.

The Lord assures a blessing on those who read and heed the prophecy of the Book of Revelation. The author looks at 2 sections of Revelation: The Letters to the seven churches and the future of Babylon the Great.

The last chapter on "Babylon the great and its formation" has been written presently to complete the full view that scripture gives us of the prophetic history of Christendom to its very end. The author has gleaned from various writers of past generations on the subject and is indebted to others for much that appears herein. Some of these valuable writings are now out of print. We are grateful for the privilege of restating these wonderful truths and ministry to the present generation for edification, "instruction in righteousness" and deliverance from the corruptions of Christendom.

Prophetic History of Christendom, a