Last Days of the Church, The 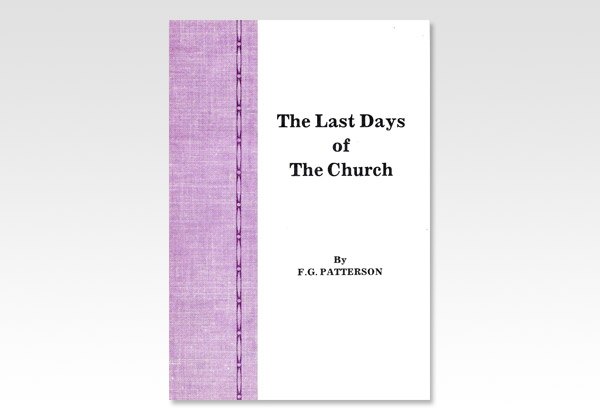 The testimony in which the faithful are called to walk in the last days, has a two-fold character: first, a witness to the unity of the body of Christ, formed by the Holy Ghost sent down at Pentecost; secondly, the whole church having failed, the character of a remnant in maintaining this testimony, and this too in the midst of a great Baptized House, the responsible body here on earth, commonly called "Christendom". This testimony can never aim to be more than one to the failure of the Church of God as set up by Him. The more true to Christ the remnant of His people are, the more will they be a witness to the present state of the Church of God and not to its state as first displayed.
Now there is found in the Word of God, for example and comfort, a faith which counts upon Him and His divine intervention in the face of man's failure: a faith that finds itself sustained by God according to the power and blessings of the dispensation, and according to the first thoughts of His heart when He set up all in primary power. He connects that power and the Lord's own presence with the faith of the few who act on the truth provided for the present moment, even though the administration of the whole is not in operation according to the order which God set up at the beginning.
For example, the blessing of Asher in Deut. 33. 24-25, ends with these lovely words: "As thy days, so shall thy strength be"; and all went to ruin, as the history of

Last Days of the Church, The