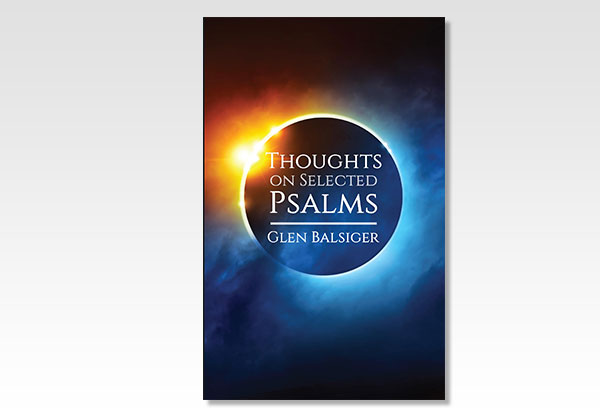 Korah rebelled against the LORD by claiming that he could lead Israel as well as Moses could. The Lord vindicated Moses by opening the earth and swallowing up Korah and those who took his side. These psalms by the “sons of Korah” were written by his descendants and show their appreciation of the LORD and His character. Normally speaking, they would want to keep the LORD at a distance after what happened to their forefather. But these men were deeply involved in the LORD’s service and enjoyed His nearness, truly appreciative of His great grace.

The psalms that have “Maschil” in their titles contain instructions regarding our relationship with the LORD and our daily walk before Him. “Maschil” means instruction, and the lessons contained in these psalms teach us how to practically serve the LORD in this corrupt world. It is with the desire to cultivate a closer walk with our Lord that this book is printed.

Glen lives near Portland, Oregon. He has been married for 36 years and has 4 adult children, 3 of them married, and 6 grandchildren. His full time service for the Lord began in 1992 when the family spent 8 years as missionaries in Jamaica. Presently, he ministers the Word of God in conferences and in gatherings of Christians primarily in western North America.