Winterhoff, The Life Of Albert 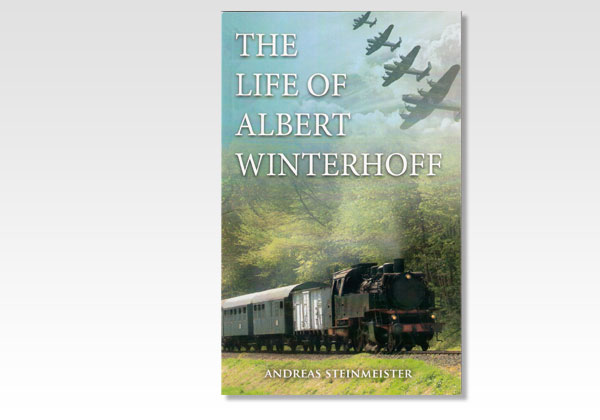 “My God can multiply where there are only Zeros”

It was in 1965, when I was just becoming a 13 year old teenager that I heard
about a godly Christian man that had lived not too long ago in the area
where our family was residing in Germany. I heard that the Lord had used
him extensively in the Northern parts of Germany and that through his
preaching and witnessing many people had been saved.

What really blew me away was that he apparently enjoyed such a close
relationship with his Lord that he even was used by the Spirit of God to
perform miracles! His commitment to the Lord Jesus in every aspect of his
life, whether as an individual, in the family, assembly or as a testimony to
the outside world, was without compromise. e Lord Jesus and His Word
meant everything to him.

He and his family; God gave them eight sons, went through many trials and
tribulations but he learned to say with the Apostle Paul. “Not that I speak
as regards privation, for as to me I have learnt in those circumstances in
which I am, to be satis ed in myself. I know both how to be abased and I
know how to abound. In everything and in all things I am initiated both to
be full to and to be hungry, both to abound and to su er privation. I have
strength for all things in him that gives me power.” Philippians 4:11-13
One of the results of his life lived for the Lord Jesus was that his sons
learned also to love the Lord and to follow him. It was through one of his
eight sons, Hanns, who was especially gi ed by the Spirit to touch the
hearts of young people, who also spoke to my heart as he ministered in the
local assembly I was attending. It was through a word that he spoke that
started the process of coming to the Lord for me.

Often as young people and older ones, we wonder whether it is possible to
live for the Lord in today’s world. Yes, there were such ones as Abraham
and Paul but they lived thousands or even hundreds of year ago. Albert
Winterho lived a life for the Lord during a much more recent and turbulent
history, He experienced both World War 1 and II. May this biography
challenge our hearts to live for Him in our also turbulent world.

Winterhoff, The Life Of Albert