There is one Body and Spirit 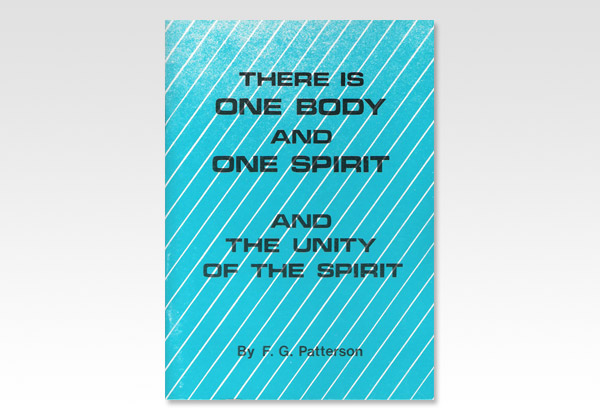 "I trust the following remarks on the momentous subject at the head of this paper may be found useful at the present time, and that an ever gracious Lord may vouchsafe His blessing on the perusal of them to many of His people, and open up to their minds this most important of all truths, and enable them to seize it in some measure from this outline, and link their souls practically to the divine principles set forth therein.
"The Lord has been most graciously working in many places around in these last days. Souls have been new-born to Him, and brought into the liberty of His grace in a moment, so to speak, through the Gospel. Souls thus set free from the bondage of sin and Satan have also found their freedom from the trammels of the sects and parties in the professing church. They have, in many cases, begun to act upon their privileges, and, as the disciples of old (Acts 20:7), have assembled themselves to break bread, and thus show forth the groundwork of their redemption and liberty, in that which calls to mind the Lord in His death. Difficulties have arisen, and many have found that they still wanted a divine principle beyond this to guide them, and yet, possibly, feared to go deeper into these things, lest they should be led into something which, perhaps, they have been warned about, and perhaps have learned to fear. The confusion in which things are, and the sad failures of ourselves and of our brethren, have often been the means of driving timid souls away, and they have shrunk from inquiring more deeply into the divine principles, seeing the failures and hearing the recriminations of others.
"In such a state of things, the enemy, as ever, seeks to keep the soul from learning the leading truth of God. Satan's successful effort at the first was to seek to blot out in practice, if he could not blot out in fact, the great ever-living truth named at the head of this paper. The vessel, Paul, who communicated it to us through his inspired epistles, had to say at the close of his ministry, 'All they which are in Asia be turned away from me' - 2 Tim. 1:15. Ephesus was the capital of that proconsular province, and was the place where was an assembly of God, to which those high truths of the 'mystery which was hidden from ages and generations, but is now revealed,' were written (Epistle to Ephesians); and in the close of the course

There is one Body and Spirit