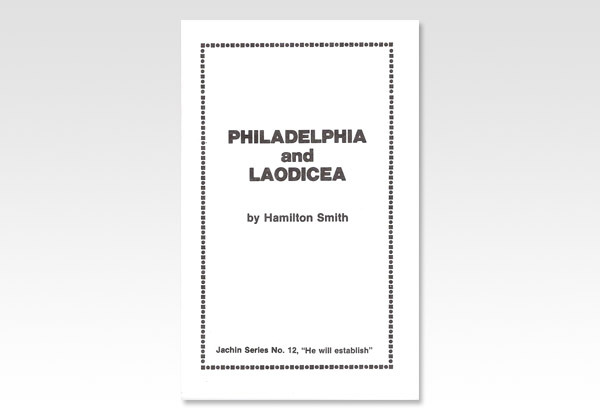 The addresses to the Churches in Revelation ii. and iii., were sent to seven Assemblies actually existing in Asia Minor in the days of the Apostle John. Bearing in mind, however, that in the introduction to the Revelation, the whole book is referred to as "prophecy," it becomes evident that these addresses have a prophetic character. Evidently, the Spirit of God has taken occasion by the conditions existing in these Assemblies to portray the consecutive history of the Church from beginning to end, viewed as the responsible witness for Christ on the earth during the time of His absence.
Ephesus represented the condition of the Church, under the eye of Christ, at the beginning. Then there came a time when that phase in the Church's history passed away and was succeeded by Smyrna which in turn, characterized the whole Church. Smyrna was succeeded by Pergamos, and finally Pergamos was succeeded by Thyatira. It is, however, important to see that, Thyatira is not succeeded by any other Church. The fact of the Lord's coming being mentioned in Thyatira shows that this phase of the Church's history continues to the end. It is the last of the successive Churches: that is to say, it is the last Church that is viewed as holding an ecclesiastical position representative of the whole Church. The last three Churches are not viewed in this way. So that we may say the beginning of the Church's history in responsibility is presented in Ephesus and the end is reached in Thyatira; the last three Churches presenting particular phases of the end.

"And he reared up the pillars before the temple ... and called the name of that on the right hand Jachin (He will establish)"
II Chronicles 3:17