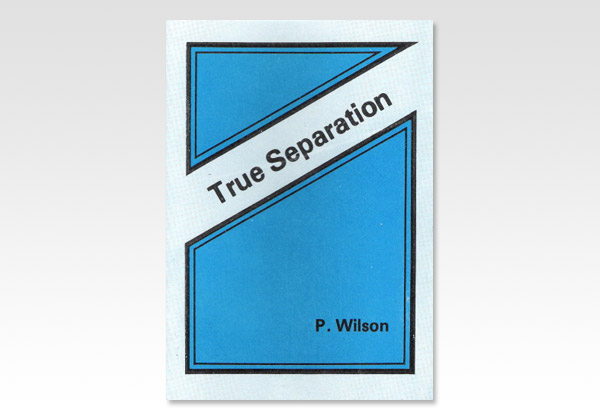 Two articles written by Mr. Ray C. Stedman, and recently published in so-called fundamentalist literature have bees sent to us for our examination and appraisal. They are entitled "True Separation" and "The Christian and Worldliness," and as they have much in common we shall consider them together.
These articles do contain a certain amount of truth, but it is far overbalanced by the neglect of important scriptures, the misapplication of others, and a slanting of truth generally, thus producing a very insidious line of teaching that will undoubtedly undermine true separation. They advocate a definite mingling of Christians with the world in an adventuresome sort of Christian heroics which dares defilement. This is bolstered by reference to the Lord Jesus in the days of his ministry eating and drinking with publicans and sinners. This He surely did! He came to seek and to save that which was lost. He came to heal that which was sick, but not to call the self-righteous who in their own eyes needed no repentance.
But let us be honest. Did the Lord mingle with the world on its own plane? Did He ever engage in any banter to gain its friendship? True, He went into the houses of publicans and sinners to eat on certain occasions; He also dined in houses of Pharisees. In Luke's Gospel, where He is displayed as the Man among men, He is seen twice in publicans' houses, and three times in Pharisees' houses, but in each in instance He took a different character according to the need of those present. He was ever the LIGHT that shone on everything around, and brought all into proper focus. He never descended to the level of those whom He visited; He never acted beneath Himself in His infinite holiness in order to gain people's interest. He did not discuss the common topics of the day