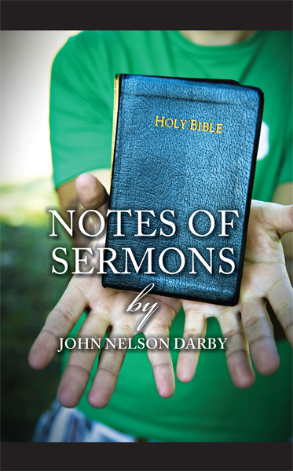 These gospel sermons, delivered very early in the ministry of J. N. Darby (circa 1830), were recorded in shorthand as they were given and then later edited by Mr. William Kelly and placed in the Collected Writings of J. N. Darby. Concerning these sermons, Mr. Kelly wrote:

These thirteen discourses were delivered without any thought of extending them beyond the immediate congregation to whom they were addressed. They were taken down by one of the congregation, and are now at the desire of a brother made public, with the permission, but without any revision of the preacher.

In contrast to Mr. Darby's written ministry, his preaching style was simple and straightforward. Many of his listeners were often poor and uneducated and hence he would speak plainly, in order to reach their consciences. Another interesting feature of these messages is they are rich unfoldings of the doctrines of grace rather than being presented in the more common evangelical style. This is due to the fact that Mr. Darby was primarily a Bible teacher rather than an evangelist and it is what makes reading these so instructive for the Christian.
Back to: Christian Living