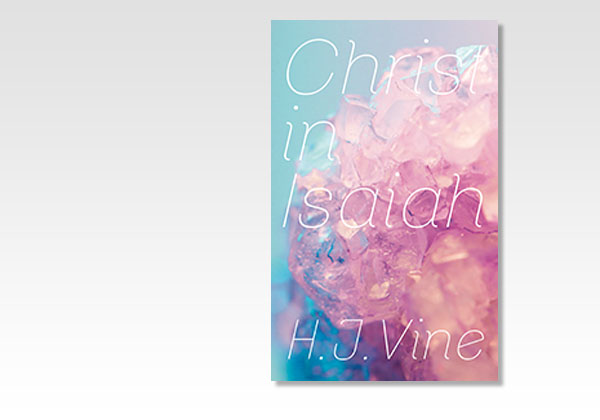 Isaiah is one of the 3 longest books of the Bible. It is rich in prophecy and shows the Lord Jesus Christ as the great Person in these prophecies, seen under many titles. He, in His virgin birth, is God’s “Sign” to mankind of the coming Savior and Messiah. In 27 chapters, H.J. Vine highlights Christ in the two “parts” of Isaiah and its eight sections. The prophecies are explained and many truths of the Assembly are brought out—unknown until the Lord was raised from among the dead and ascended to the Father’s right hand.

We have been unable to find much biographical material on Henry James Vine (1871–1934). Vine lived his life in the United Kingdom and married in 1920 and had a son who was killed in action in WW-II. His wife immigrated to the USA after Henry’s passing. The brethren in the north of England made it plain that their forefathers had held him in the highest esteem. In part, this was because they valued the sweetness of his personal ministry, and if ever the brethren were finding it difficult to agree together, their respect for Mr. Vine enabled him to pour oil and wine over the troubled waters and bring the brethren together with mutual love and respect. He probably wrote most of his material in the first third of the 20th century, probably making this book 90-110 years old.

We thus have a comparatively short commentary explaining one of the longest Old Testament books, emphasizing the Person and work of our Lord Jesus Christ. We believe you will find this book to be a blessing to your soul.